Inside Design: How Online Slot Machines are Built

In fact, Morgan Stanley Research suggests that if 20 jurisdictions were opened in the United States, that $5.2 billion would be generated just in America by 2020.

Statista defines online gaming as including such activities as poker, casinos (where people can play traditional casino games online, like slot machines or blackjack,, sports betting, bingo and lotteries. Of these, casino games make up the largest market segment, with figures from 2012 finding that 23 percent of online gambling was casino-style gaming and 18 percent was poker games. 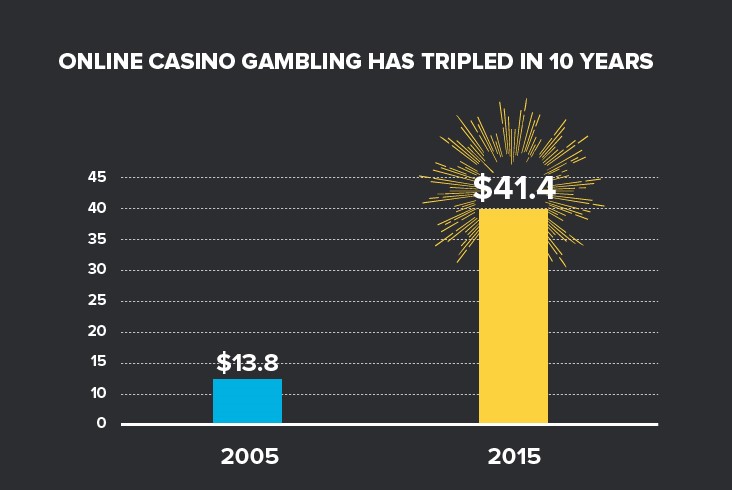 Delving deeper into the online casino numbers, it is clear that the most popular activity by far is playing slot machines. And while most online casino companies closely guard their numbers, it is believed that slots make a much higher percentage of the bottom line for online casinos than they do at their brick-and-mortar counterparts, which usually report slot revenues as around 30 percent of their overall take.

The birth of an affordable computer in the early 1980s resulted in the introduction of computers to slot machines at brick-and-mortar casinos. Despite the immediate popularity of games like video poker, many players stayed away, feeling that if they couldn’t see the reels spinning, they couldn’t trust the machines. It didn’t take long for those players to see that they were like every other machine with payouts. 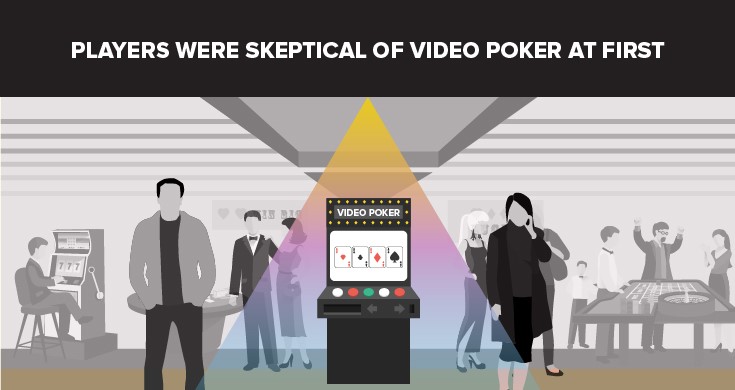 Over time, computers in the machines allowed paper bills to be accepted and could offer a range of options on a single machine. Electronic bonus features were introduced and players found they had enough variety with one machine that the average time of a player staying at the same machine skyrocketed.

Bringing the Casino to the Home

Computerized casino games first found their way into homes around the same time, allowing players to wager pretend money in often rudimentary interfaces. Without the excitement of real money, most computer or console (like Atari, Nintendo, etc.) players chose different genres, be it sports or adventure and casino games were a tiny fraction of the gaming industry.

But once the Internet began penetrating the computer market in the late ’90s and early into the 21st century, it became clear that, with the ability to introduce real money into the mix, the online casino market was about to take off and cater to a completely different person than the one that plays Grand Theft Auto or FIFA15.

Generally, video games are aimed at the more casual players who are looking for some harmless fun, while real money gambling games - whether slot machines or table games - are of course aimed at those looking to replicate the excitement and potential monetary prizes of their favorite land-based casino at the comfort of their home or mobile device. Unlike video games, these users don't expect to pay for the software itself or abuse it for days over days, but rather they seek some immediate individualistic gratification in terms of cool features and prizes.

For the end user, or those unfamiliar with the world of casinos or computer programming, it may seem like the online slot machine is a basic tool. But when it comes to Internet casinos, they are the games that demand the most development, as well as the ones that change most frequently. 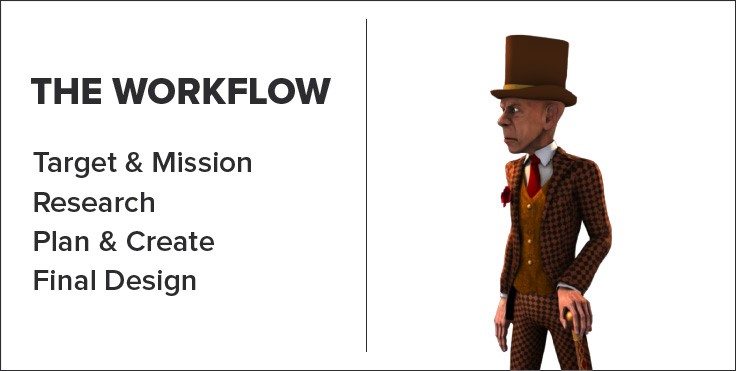 A premium online slot machine takes approximately one year from the idea on a piece of paper to deployment on various platforms. About a dozen people are involved in the process, including a game designer, mathematician, server developer, between one and three front-end developers, a game tester, a project manager, a creative team of one or two people and a configurator. Depending on the specifics of the game, specialty graphic designers may also be brought in to be part of the team.

While each game is different, development teams are able to often use a pre-existing slot mechanism or framework which will help streamline the process of research and development. It is a way to avoid having to reinvent the wheel each time a new game is produced. Whether a player is enjoying a simple Bars and 7s machine or one with a Hollywood branded tie-in, they likely take for granted that every detail has been meticulously planned out to the last pixel.

A Long Process to Completion

The first step in designing a game is to get a large group together to talk about a concept and determine if it has legs. This involves creative teams, marketing people, product management and development. 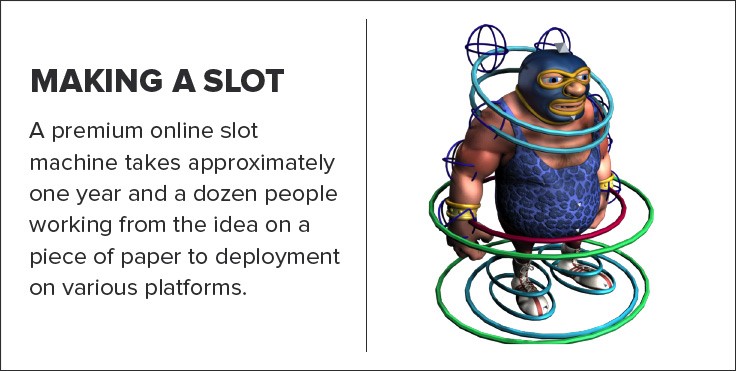 While the initial concept involves brainstorming, once a direction is chosen, marketing statistics, demographics and data are used to create several specific directions that may be taken. After additional meetings and votes, the concept becomes a concrete idea and is handed over to the creative team and the product team. The first thing these groups do is to take a look at what similarly-themed slot machines exist in the marketplace. The challenge then becomes figuring out how to present something different that will attract players.

For instance, if one company were designing a machine featuring landmarks of the world, the teams would first see which, if any, competing games existed. If they found a couple slot games that utilized mostly ancient and medieval landmarks such as the Egyptian Pyramids or The Colosseum in Rome, they may decide to go with more traditional structures, such as The Eiffel Tower and The Empire State Building.

Once that theme is determined, the team figures out the mood of the game. Is it whimsical, perhaps benefitting from cartoon caricatures, or is it supposed to be more reality-based with real photographs being the best choice? How will bonus games be created in a way that reflects the theme and mood? 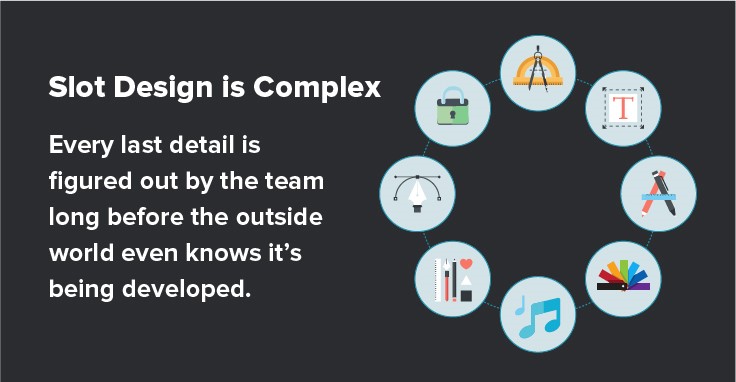 Creativity and market research determine everything from the large details - like color schemes, fonts and audio - to the tiniest specifications; which, in the example above, might involve determining if shadows should be cast by the famous buildings, or if the bonus game should take three or five seconds to launch. Every last detail is figured out by the team long before the outside world even knows it’s being developed.

In the end, it simply comes down to trying to create the best possible experience for the player.

Sometimes, designers have corporate tie-ins, usually involving a current pop culture element like a specific movie or a musician, that need to be part of the mix. This can be a considerable professional challenge. Making a branded game requires the game team to study and research the brand itself in depth, to understand the characters, main scenes and highlights, and then to translate everything into a realistic game plan that can be executed in reasonable time and budget and of course to approve everything with the brand owner – often a Hollywood studio, with very stringent rules on protecting its intellectual property and copyrights. 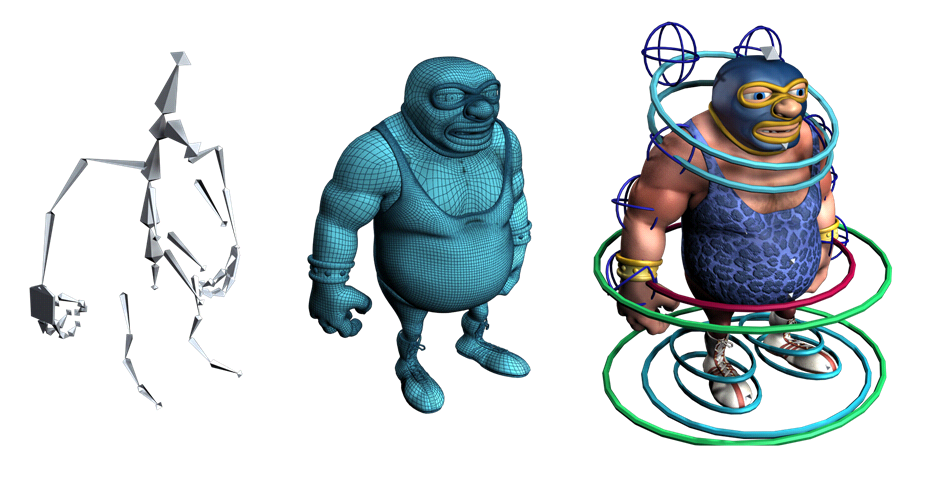 But despite the additional layer of dealing with the owners of a brand, sometimes it’s harder to create a new online slot machine from scratch. A non-branded game brings other challenges – how to differentiate it from the hordes of other slot games created by dozens of other vendors each year? The challenge is to make the game compelling and engaging from the player perspective and yet not too complicated in terms of project execution.

The Players Decide If It’s a Success 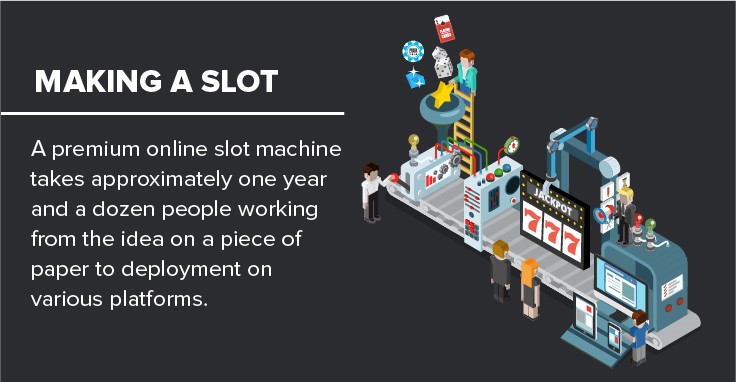 Online slot machines are continually being developed, with designers hoping each new offering will capture players’ imaginations and prompt repeat visits. However, once the slot machine is deployed to players, the designers must keep up with changes to technology, which may mean making occasionally tweaks to the games - especially if new platforms, browsers and operating systems enter the marketplace. Machines may also need to be changed as more jurisdictions allow online casinos.
An online slot machine’s success is measured by several metrics, including the money it generates, its popularity and, perhaps most importantly, its “stickiness” with players (meaning how long they play the machine at any one sitting and how often they return to that particular machine). All of the data in the world, however, cannot guarantee a machine with be a big hit or a bust.
Unfortunately, there’s no simple answer to this question. Designers can create very successful simple machines and very successful complex machines. Since there is no single player, there is no single answer. Nevertheless, a good game will often combine good returns to players with a rich feature set (often including a progressive jackpot) and outstanding creative – including sounds.

During the design process, the team must decide the variance of the machine: low-risk, medium-risk, or high-risk.

Each risk variance levels caters to a specific kind of player, meaning that developers must keep in mind who they are trying to attract when they are designing new online slot machines.
As with the video poker slots that first hit brick-and-mortar casinos in the 1980s, players were first leery of the dependability and veracity of the odds that came with online slot machines, but the most reputable online casino sites will list the names of external auditors they use who specialize in testing random number generating systems. In countries that may demand additional proof, stringent testing labs also can confirm the fair and unbiased nature of online casino companies.

These random number generators, which are used in both online and brick-and-mortar casinos, feature proprietary algorithms that randomly chooses numbers, and those numbers are connected to the symbols the slots player sees. There is hefty security around these random number generators which manufacturers and sites will not talk about since they are at the heart of keeping games fair.
People who enjoy the online slot machine experience may find one of many “slot machine builders” on the Internet, but it's important to note that these don’t have a fraction of the dependability and comprehensive measures utilized by legitimate designers. Traditional table games are still difficult to create, even if they lack the design variables of online slot machines, as  table games such as blackjack, roulette and craps are often played by the more conservative players, who seek to replicate the exact land-based casino experience down to the same table, chips, rules and strategies.

In slot games, the game designer can express his originality and innovation and thus create something differentiated and unique. So this is often more enjoyable and engaging from a professional standpoint. Nevertheless, designing any game is a considerable professional challenge and even mimicking a standard table game brings its own particular issues.

Did you realize so many variables went into slot machine design? Do you have any other questions about how these games are created? Leave us a comment below sharing your thoughts: 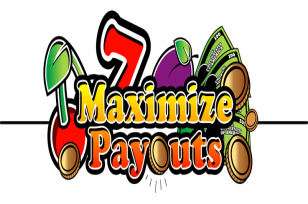 How to Maximize your Slot Payouts