Catch Them All: How To Spot Casino Cheaters?

The world´s best casino cheaters use a powerfully proven 10-step method trying to fool casinos into believing that they are legitimate high rollers. How can you spot them? Follow below and you'll get it.

#1: MAKING SET-UP BETS TO ESTABLISH CREDIBILITY AS A HIGH ROLLER

When the team pastposts or bet-switches a $1,000 chip, the person who will claim that phony bet will first make a legitimate bet using the same denomination chip. The dealer and supervisor will both remember this big original bet and not be suspicious when the same high-roller appears claiming a bet-switch containing a $1,000 chip.

When trying to manipulate a dealer’s mind, a little physical touch can go a long way. As live casino dealers are almost never touched, a switched-bet claimer can reach out and gently tap the dealer’s hand to alert him to the cheat-move and speed up the process of getting paid. This soft touch has the effect of whacking the dealer’s head with a baseball bat because he’s totally shocked at being touched at all by a player. The result is that he forgets what he´d seen in the betting circle and therefore cannot contest the cheat’s claim as to how much is in the circle now.

#3: BUYING THE CHIPS THEY NEED AWAY FROM THE TABLE THEY’RE ABOUT TO MOVE ON

When a casino-cheat team wants to do a live blackjack move using $1,000 chips, they get those $1,000 chips at the craps or baccarat tables, thus avoiding any heat on obtaining large-denomination chips at the blackjack table they’re targeting. This gives them the element of surprise when putting them into dishonest play.

#4: BETTING BACK AFTER THE SWITCH GOES DOWN AND GETS PAID

The best way to avoid post-move heat is to cool the casino down. Doing this entails a bet-back, which is the same as the set-up bet but placed after the move goes down. If the cheat-move earned $1,000, then a bet-back or two of $200 will do the trick. Of course those bets are at risk, but in the long-run the cheats will only lose a small percentage of their cheat gain.

#5: BEING GABBY FROM THE START TO THE FINISH

The best way to control the situation at a table and avoid having it turn negative is to create the mood the cheat-team wants, which is obviously a jovial one. When there is talk and laughter at the table, it is much more difficult for negative reaction and suspicion to surface. With this in mind, the cheat who is raking the cash off the layout engages his gambling neighbors in affable conversation during the entire time he’s at the table.

The cheat wants to immediately establish a rapport with the supervisor, who is the second most important person at the table and the one who ultimately determines whether or not the cheat-move will be paid. As most supervisors come over and greet the players, especially those showing big action, the cheat wants to ingratiate himself right away. He thus accepts the supervisor’s offer to rate his play in order to qualify for casino comps. What better outcome to get paid on a cheat-move and then wine and dine yourself as the casino’s guest!

#7: NOT COLORING-OUT CHIPS AT THE TABLE

Although the cheat wants to leave the victim table as soon as possible after the move and subsequent bet-backs, he doesn’t color-out his chips to a higher denomination. Doing so gives the impression that the cheat may have finished his gambling and is headed to the casino cage to cash out and then leave the casino. Not doing so leaves the impression that the cheat who has just been paid on a bet-switch is still ripe for lots more gambling.

Last thing a top-cheat wants to do is leave the table having an unsatisfied dealer. If the dealer is a little suspicious or upset, he might nudge his supervisor to call security surveillance to have them take a closer look at what went down on the table. A good secret that cheats know is that a nice tip will remove most of the doubt from the dealer’s mind.

Another last thing a cheat wants to do after cheating a live casino game is leave the table as if he’s trying to escape. Doing so will pop red flags in casino-employees’ minds. Leaving sheepishly or in a hurry does not seem natural for a high roller who’s just won a grand or more at the table. So the masterminding cheat walks off with tailing conversation and laughter, maybe even a friendly slap on the back or handshake to his neighboring player.

#10: AVOID TALKING TO THE TELLER AT THE CASINO CAGE WHILE CASHING OUT CHIPS

The chatter cheats use to control the atmosphere with neighboring players and supervisors at the table is not needed at the casino cage. Skillful cheats just lay their chips on the counter and wait for the cash. If the teller has any questions as they sometimes do, the cheat just answers them succinctly. As the casino cage is a prime locale for money-laundering and other serious criminal operations, the less felonious casino-cheat just wants to get outta there as soon as possible.

Psyching out the casino is probably the strongest weapon in the skilled casino-cheat’s arsenal. Most actual cheat-moves are quite easy to do and contain nothing more than good timing and hand-coordination. But the key to cheating-success is to keep the casino oblivious to the very fact they are being cheated, and the only way to do that is by building a psychological step-by-step ladder that leaves their personnel so dumbfounded that they just go along for the ride. 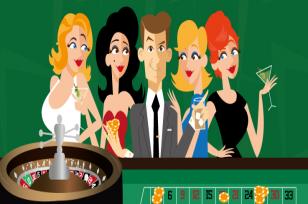 8 Tips on How to Win at Roulette 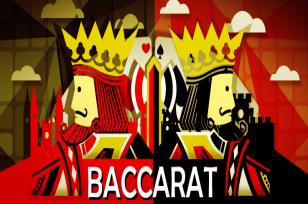 8 Tips on How to Win at Baccarat