The 8 Myths of Casino Gambling

“The wheel has hit the 18 three times in 20 spins. How is that possible? There must be something going on. The wheel is definitely biased. Bet up the 18!”

“The dealer has busted four times out of four hands. He busted a lot in the last shoe. We are gonna kill this game!”

Trends are predictable. Here is a truth that is a lie.

Yes, certainly trends are predictable but what those trends will be and whether they will be enough to give the players a long-term edge is highly doubtful; in fact, it is so doubtful that you would have to be crazy to think you are going to beat the casinos over time by trend betting.

Trends in the past are easy to spot as every quote above shows. But there is no reason to believe that the 8 will keep coming up way past its probability on the next sequence of rolls.  The 18 is not favored to beat the probabilities in the near future; nor is the dealer destined to keep busting at an amazing rate.

Yes, trends do exist but they cannot be predicted enough to beat the house.

All slot machines will win more decisions than will the players. Luckily for the players (when they do win) some of those wins are fairly (or quite) large, enough to make the players want to keep playing and playing some more.

Can machines get hot? Well, kind of, sort of, if we think of hot as the player being ahead at any given point in his or her play; then yeah, okay, they get hot. You hit a 200 unit win and you’ve lost 30 decisions of 3 units each during that time. Wow! That machine must be hot!

Is it really? It all comes down to how you think.

MYTH 3: A FEMALE DICE SHOOTER’S VERY FIRST TURN WITH THE DICE WILL BE GREAT

This is also called “the virgin principle” and there is no more truth to it than that King Kong was real because New York City and the Empire State Building are real. (Heck, I saw the movie! Kong is real.)

The myth is a fun one but it is merely another case of selective memory.  You saw it and now you think it applies now more than it doesn’t.

MYTH 4: THE THIRD BASEMAN IN BLACKJACK DETERMINES WHAT WILL HAPPEN IN THE GAME

No, the third baseman in blackjack doesn’t, sorry about that.

Players cannot disrupt the order of the cards because no one knows what the heck that order is. Players can jump in and out of games and sometimes a winning streak might occur for this player but a losing streak occurs for another player. Did the player disrupt the order of the cards? (If you answered “yes” you should not be allowed to play blackjack.)

Oh, and players who believe this myth sometimes become disruptive at the table and that (sadly) is no myth.

Obviously. Gee, how do you think casinos survive? They create games where they either win more decisions or they take a percentage of a player’s win. Roulette pays 35-to-1 on a hit of an inside number. But the real payment should be 36-to-1 on the single-zero wheel or 37-to-1 on the double-zero wheel. But if the casino paid those true odds it would not make any money so (ta-da!) it short-changes the player’s win.

Casinos do not hide how they structure their games. They are totally upfront about that.

MYTH 6: CRAPS TABLES CAN BE HOT OR COLD

This is the pantheistic casino gambling myth.

Certainly streaks where Rightside players are losing to quick seven-outs can be frustrating and for lack of a better descriptive term we call such a table “cold.” Or a table can have one shooter after another hitting number after number that Rightsiders are betting. That table we would call “hot.”

But there is, as in all trend betting reality, no predictive factor involved whatsoever. Tables are just tables.

MYTH 7: MEN AND WOMEN PLAY THE GAMES IN EQUAL PERCENTAGES.

MYTH 8: MOST CASINO PLAYERS KNOW WHAT THEY ARE DOING

Based on their betting and how they play their hands in blackjack and other card games, knowing what they are doing is (for most) the last thing that is happening in their casino play. I am guessing Internet players know the games better as they probably read more. As stated, that’s a guess on my part.

Okay, folks, there are 8 myths that you can put to bed, whether that bed is a cold one or a hot one! 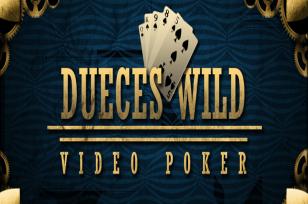 Deuces Wild Video Poker Games Are Not All Played the Same 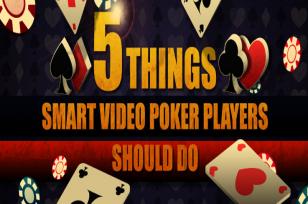 5 Easy Video Poker Tips That Every Casino Player Should Know 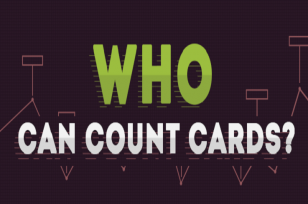 Can You Count Cards?